Download voice changer app male to female during the call: Let us know today how to download a voice-changing talking app. If you want to prank your friend and want to wake him up with your changed voice. Because in this post, we are going to tell you how to make a call by changing the voice. the below-mentioned app will change the voice at the time of your calling. In these, you get the option of a voice changer so that you can change the voice according to your mind. Just like if you are a boy, your voice will be heard by the girl in front of the person. while if you are a girl, your voice will be heard by the boy. 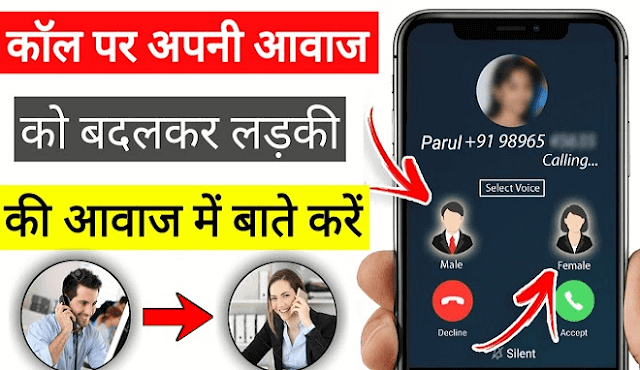 By the way, for your information, tell us that earlier Chinese mobiles used the option of Voice Changer. Due to this Chinese mobiles were very popular at that time too, because many people used to change the voice of these mobiles to make the front person foolish. At the same time, some people also used it in illicit activity, due to which this feature has been removed from all mobiles.

Since the voice changing feature is not available on mobile phones but given the popularity of this feature very much. many developers have made many types of voice-changing apps & many users are using them. If you also want such an app. below is a list of some such applications. some of which are free and some charge after giving the demo. 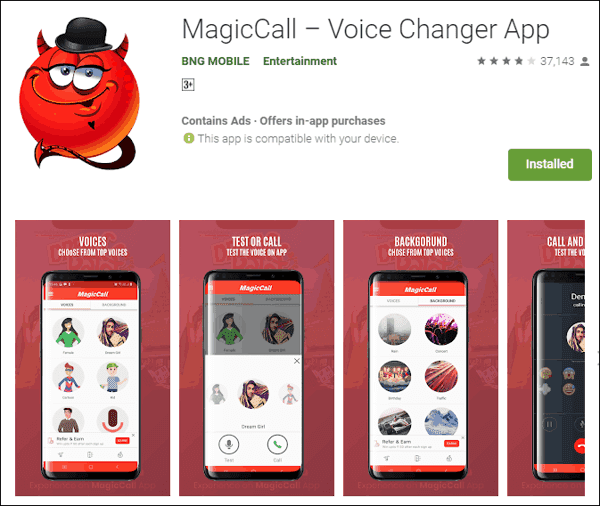 In real-time calling, the Magic Call app is quite popular in terms of voice switching. With this, you can change your call into a girl, boy, cartoon, robot child, etc. So far, more than 10 million users have downloaded it from the Play Store, while it has a rating of 3.9 by its people. It is also a very good app for changing voice, although it does not give you the feature of real-time calling. But you can also change your voice by separately uploading your Voice in it. More than 1 million users have installed this Call Voice Changer Allogag – Prank calls app from Play Store, you can download it from here. 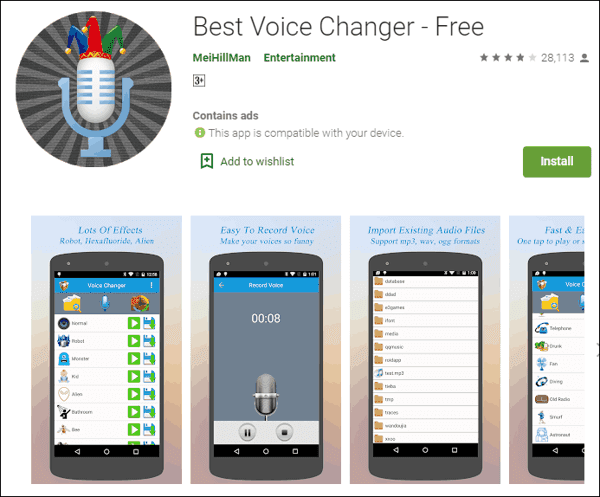 In this also you do not get the option to change the voice in real-time calling but by this. you can easily change your voice according to your own & import it. It has also installed more than 10 million users in the Play Store, this Best Voice Changer App of just 6.8 MB has a rating of 3.7. you can also download it from here.

In the list of Voice Changer Apps, During Call mentioned above, you will find some popular apps from the Play Store, which are not available in the App Google Play Store, you have to search in Google’s Chrome browser & download them easily. This is a fake call app, in such a situation, it is not necessary to do all the work, you have to try all of them one by one.

So now you will know that Download the voice changer app male to female during the call. in the application mentioned above, Magic Call App is very useful because in this you can change your voice during a call. If you do not like this, then you can also try using other applications. some you find in the Play Store.